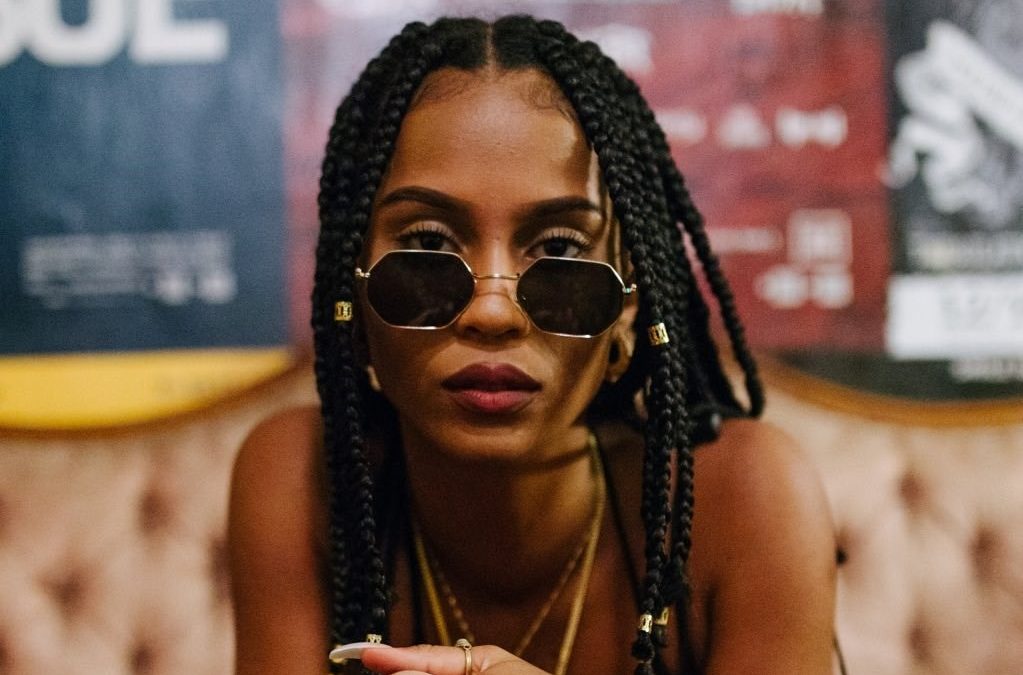 IAMDDB, also known as Diana DeBrito is a singer from Manchester, UK making her own spin on Urban Jazz. After being influenced by some of the biggest names such as Bob Marley, Gretchen Parlato and Nat King Cole, she has created her own wavey style of R&B and everyone is here for it. With no intentions of being signed to a label, IAMDDB is independent, alongside her team they have together built the empire she now stands upon now.

Carrying with her a fearless and positive mindset, she is a very laid back but fun character, this only reflects in her music. It’s been only a matter of time for her music to blow, with her abstract sound and lyricism blended together on sultry but sharpened wavey beats it’s come to no surprise with her success so far. After the release of ‘Hoordrich, Vol.3’ and supporting artists such as Bryson Tiller and Jhené Aiko her fanbase has only been growing, and it’s been growing with speed.

IAMDDB’s sound is a fusion of Urban Jazz, R&B, Trap and Trip-Hop, she released her first song back in 2016 and since then its all been up hill. She has now released a trilogy of EP’s, ‘Waeveybby, Vol.1’, ‘Vibe, Volume 2.’ and ‘Hoodrich, Vol.3’ as well as other tracks featuring a variety of producers one of her most prominent tracks ‘Leaned Out’ with INKA.

What triggered her success even further was the release of ‘Hoodrich, Vol.3’ which contains her biggest track to date ‘Shade’. A track formulated on a wavey but hard beat as well as catchy lyrics, collecting with it 10 million views on Youtube the visual was built with no budget. Another stand out track on ‘Hoodrich, Vol.3’ is ‘Trophy’, this is a love song channeling with it a faint threat but is also a celebration anthem in one. ‘Trophy’ is a blend of Lounge R&B, Soul, Trap and Jazz on top of a sultry beat. The vulnerability within her lyrics delicately touches into the hearts of her listeners. The eerie chords at the start maintain throughout but also leads the way to her more melodic tones within this project.

IAMDDB – KOKO, LONDON
I had the pleasure of going to see IAMDDB at her sold out headline show last night at KOKO in Camden. With a dress code of all black, upon arrival everyone was greeted with a single red rose to keep, the anticipation for her to come out was intense and the atmosphere was insane. As well as appearances from Nadia Rose and 67, IAMDDB performed some of her tracks from ‘Hoodrich Vol,3.’ as well as some of her older tracks such as ‘Back Again’. Giving us all exclusives to her upcoming Volume 4 project the audience was ecstatic. Towards the end of her set she performed ‘Shade’ and suddenly a sea of phones reached the air to capture the moment, this headline show was definitely one I won’t forget.