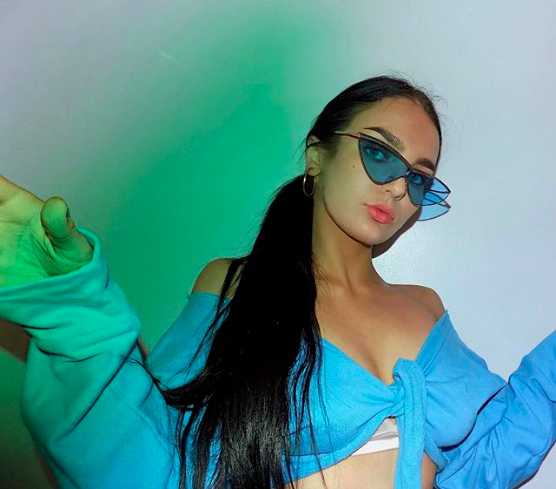 Upcoming 22 year-old R&B singer songwriter Alice from Brighton is at the beginning of her career but holds a bright future ahead of her. Alice’s distinct accented vocal’s layered on top of R&B beats, alongside her urban style and aesthetic work’s perfectly together.

Studying music in London, music is nothing but fluent and natural to her. Showcasing her sound on a new track ‘Uninterested’ on SoundCloud which has quickly been collecting views, produced by M16 Beats, Nabeyin, Skyhe Hutch and Big Kidd who have also produced for big names such as Drake, SZA, Kendrick Lamar and Giggs. ‘Uninterested’ brings with it a vibe, catchy lyrics and a story about not being interested in someone and they don’t understand that. Influenced by artists such as Amy Winehouse, H.E.R, Sabrina Claudio, Aaliyah and Sinead Harnett, the combination of all of these artists definitely reflects through her music creating her own distinctive sound.

Alice has been working in the studio with various producers and writers completing singles for over the next couple of months and is also looking to release her first EP project at the end of the year. Supporting artists such as Kojo Funds, Yxng Bane, Belly Squad and also for Ta’Shan’s launch party, Alice has been gaining more and more recognition. Alice has also supported X Factor finalist, Tracey Leanne Jefford at her first headline show as well as writing alongside her in the studio.

With the release of her debut single ‘Phase’ within the next month which is written by herself and produced by ZDOT Productions and Krunchie Beats. Alongside this Alice will also be dropping visuals which will be available on all platforms. ‘Phase’ is about you being confused and putting yourself through different phases with different people in order to pass time and to distract your mind.

Alice is definitely one to watch out for this year with lots of upcoming music, it’s only a matter of time until she blow’s even further.